Are you following the fight for Ohio House Speaker between Ryan Smith and Larry Householder?

Neither Smith nor Householder are for “Right to Work” so who is representing the Republican Party and Republican Voters in this fight? NO ONE!


Please read this very informative piece from BallotPedia which lays out how these two groups are funding the House Candidates in YOUR DISTRICT in an effort to lock in their votes for Ohio Speaker of the House!

PAC is the official Ohio State PAC of the Ohio TEA Party Movement, which is dedicated to helping to elect conservative, liberty minded  “Citizen Representatives” to public and party offices. We believe in Constitutionally limited representative government; lower taxes; minimum government regulation; capitalism; and fair and free markets – in order to protect individual freedom and liberty and create prosperity for all citizens. The 11th District Court of Appeals covers a five county area including Lake, Geauga, Portage, Trumbull and Ashtabula counties.

In making the announcement Zawistowski said, “The Ohio Citizen’s PAC is confident that Matt Lynch believes as we believe and shares our values, principles and goals for our state. We believe that, as a Judge, Matt Lynch will enforce the law as written in a strict constitutional manner and that he will remain faithful to the Ohio and US Constitutions at all times. Matt Lynch has over 30 years of experience as a lawyer representing clients in nearly every court contained in the 11th District and is extremely well qualified to fill this important position. Therefore, we encourage, without hesitation, all Republicans in Lake, Geauga, Portage, Trumbull and Ashtabula counties to vote for Matt Lynch for Judge in the 11th District Court of Appeals in the Primary on May 8th or by absentee ballot! Citizens can learn more about our organization at www.OhioCitizensPAC.org.” 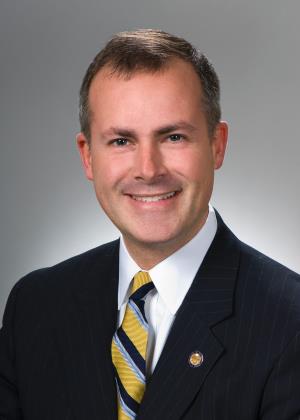 In making the announcement Zawistowski said, “The Ohio Citizen’s PAC is confident that Robert Sprague believes as we believe and shares our values, principles and goals for our state. We believe that Robert Sprague will preserve the innovative and standard setting OhioCheckbook.com program and add to that program using artificial intelligence and data mining techniques to identify fraud, abuse and simple over-payment for services in municipalities throughout Ohio. In our opinion, based on his education and business experience, Robert Sprague may be the most qualified elected official we have ever endorsed to perform the tasks required for the job for which he is running – Ohio Treasurer! Therefore, we encourage, without hesitation, all Republicans in Ohio to vote for Robert Sprague for Ohio Treasurer in the Primary on May 8th or by absentee ballot! Citizens can learn more about our organization at www.OhioCitizensPAC.org.”

Zawistowski concluded by saying, “We take these endorsements very seriously and work hard to vet the candidates. Our recent polls show that 55% of Republican primary voters trust the endorsement of the Ohio TEA Party Movement more than that of the Ohio Republican Party. We will not be endorsing in the Ohio Governor race or any other state office races for this primary.”

Sessions made the politically explosive decision after the FBI’s Office of Professional Responsibility recommended that McCabe be dismissed for not being forthcoming about authorizing discussions with a reporter about a pending investigation.

“Pursuant to Department Order 1202, and based on the report of the Inspector General, the findings of the FBI Office of Professional Responsibility, and the recommendation of the Department’s senior career official, I have terminated the employment of Andrew McCabe effective immediately,” Sessions said in a statement.

Sessions also said: “The FBI expects every employee to adhere to the highest standards of honesty, integrity, and accountability.”

McCabe, a 22-year veteran of the bureau, already had stepped down from the No. 2 position and went on leave in January. He planned to retire officially this Sunday, when he turns 50 and would become eligible for his government pension. So the question was whether Sessions would fire him before he retired.

Sessions averted what probably would have been an intense backlash from Trump, who has used his Twitter account to criticize Sessions as well as McCabe. In December, Trump said in a tweet: “FBI Deputy Director Andrew McCabe is racing the clock to retire with full benefits. 90 days to go?!!!”

McCabe’s firing may put his pension in jeopardy, either reducing or eliminating it.

The Federal Bureau of Investigation’s professional responsibility office found that McCabe misled Justice Department officials about his role in letting bureau officials talk to a reporter about the FBI’s investigation into the Clinton Foundation in October 2016, according to a person familiar with the matter.

White House Press Secretary Sarah Huckabee Sanders attacked McCabe on Thursday, a day when he was meeting with Justice Department officials to appeal his case.

“We do think it is well-documented that he has had some very troubling behavior and by most accounts a bad actor and should have some cause for concern,” Sanders said in a briefing for reporters.

Trump and Republicans railed against McCabe for his role in the FBI’s decision against charging Democrat Hillary Clinton for mishandling classified information in her use of private email when she was secretary of State.

They also questioned McCabe’s involvement in the FBI’s continuing investigation into Russian interference in the 2016 election and whether anyone around Trump helped in the meddling. The probe is now being run by Special Counsel Robert Mueller.

McCabe became a Republican target partly because he helped oversee the Clinton email investigation in 2016 even though his wife had accepted donations from Democratic political organizations for an unsuccessful campaign for the Virginia state Senate the previous year.

McCabe joined the FBI in 1996 and held management positions in the counterterrorism division and the Washington field office. He became the FBI’s acting director after Trump fired James Comey in May, serving in that role until Aug. 2 when Christopher Wray took charge.

The Justice Department’s inspector general also has investigated decisions made in the department and FBI before the 2016 election, including events and actions involving McCabe, and plans to release its findings in the coming weeks.